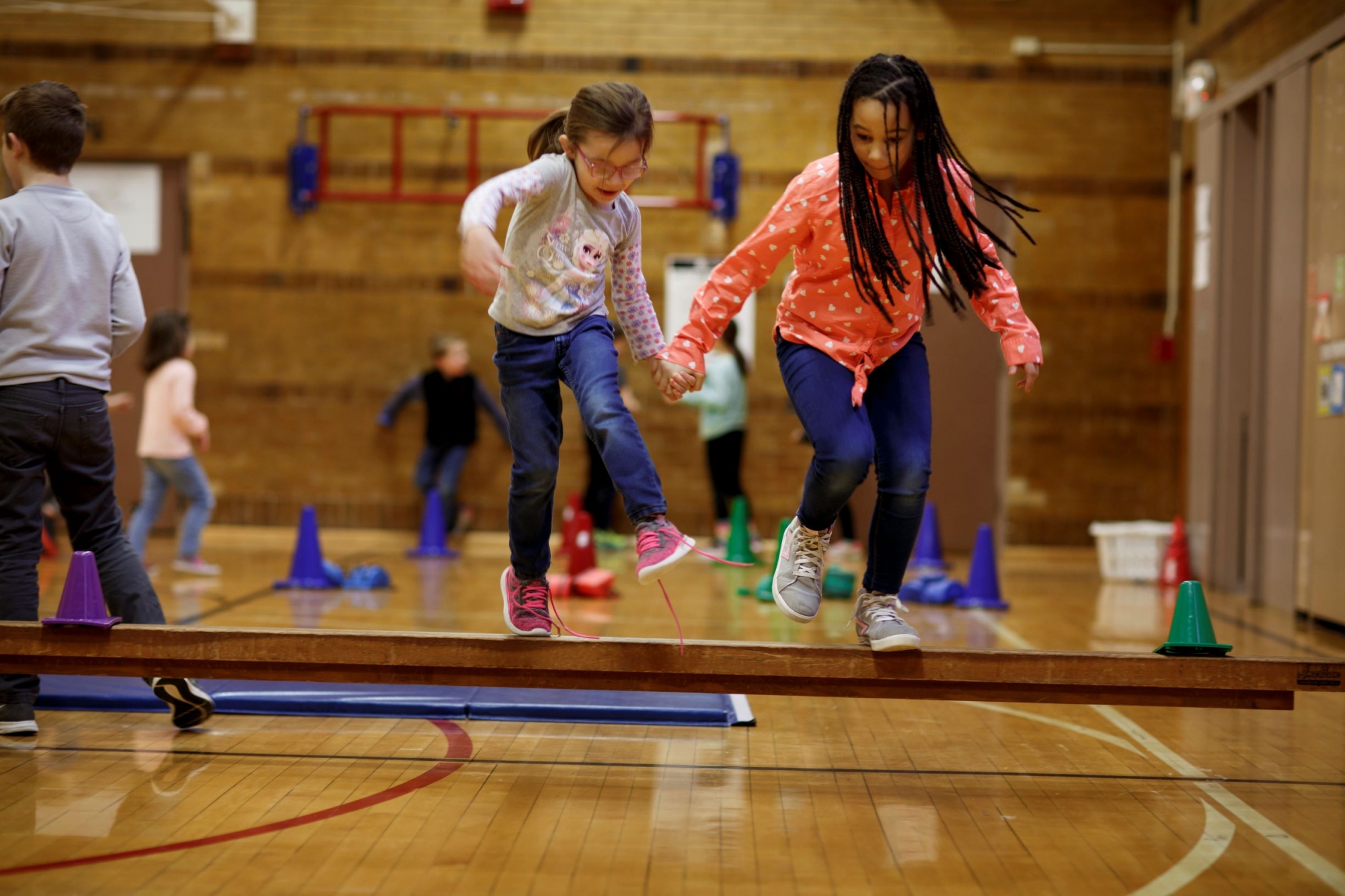 Students at Central Grade School and Cherry Knoll Elementary have PE class five days a week. And for three of those days, their time in the gym is actually the first piece of Movement Lab – an innovative program that matches physical education with literacy.

“Students are walking on balance beams, log rolling, crossing monkey bars, stepping over sight words on a ladder on the floor,” said Mary Radecki, teacher at Central Grade School. “In movement lab, we pair physical activity that sparks the part of the brain needed to learn to read with the actual reading lessons themselves.”

“Last year, we launched Accelerate, a movement for well-being, as part of our strategic commitment to building a culture of health and well-being,” said David Mengebier, Community Foundation president and CEO. “Our board chose Movement Lab as the recipient of its discretionary strategic grant dollars because it promotes physical activity and boosts literacy – both of which are critical to future well-being of kids.”

Central Grade School principal, Toby Tisdale, said that when Radecki began working with classroom teachers on Movement Lab four years ago, the focus was on increasing all students’ literacy proficiency, with a particular focus on those students who were testing in the bottom 30 percent.

“Each year that we’ve had Movement Lab we’ve seen upward trends both in proficiency levels and in students exceeding their projected growth over the course of a school year,” said Tisdale.

Tisdale added that this year’s Movement Lab at Central Grade School has been enhanced by leveraging the skills and time of the school’s reading interventionist.

“We’ve had the ability to be creative and flexible with our interventionist’s time so that all Kindergarten and first grade students are receiving small, group-focused lessons that are designed to help those students grow from where they are,” said Tisdale.