Hallie’s family is publishing a limited edition of The Thunderstorm Party with proceeds to benefit Hallie’s Hearts Endowment. Learn More or Pre-Order a Limited Edition.

Hallie's Hearts Endowment, in memory of Hallie Olson Wastell, serves the health and well-being of the Northern Michigan community by providing support for public education to increase awareness of ovarian cancer and for women with ovarian cancer in Northern Michigan. Grant awards for this purpose are planned to be made to Munson Medical Center's Cowell Cancer Center. 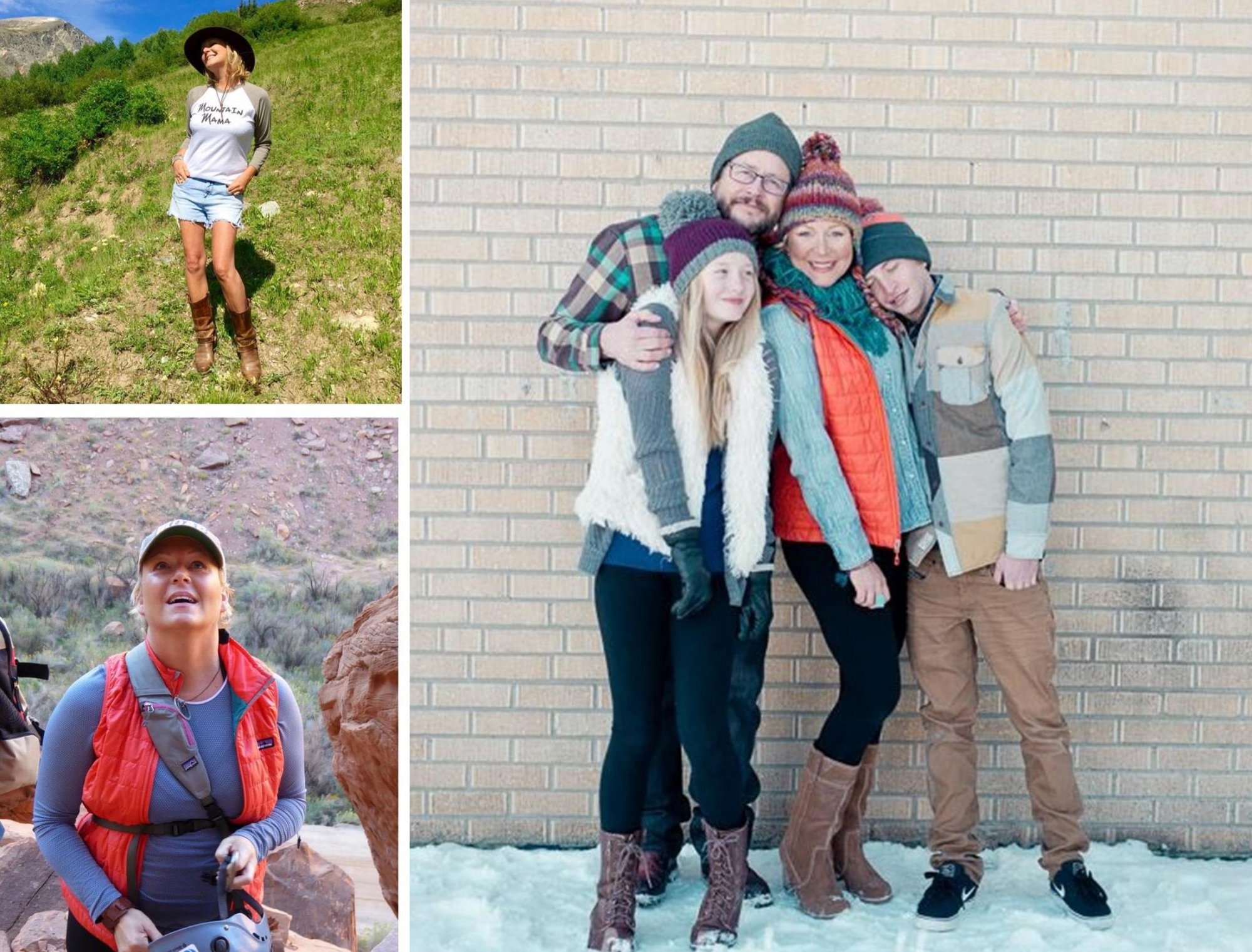 Despite her diagnosis with ovarian cancer in 2012, and the treatments that followed, Hallie never stopped living, loving, working, crafting jewelry, and writing her Facebook posts to share personal insights about ovarian cancer. She joined with other women in the fight against cancer and promoted “teal to heal,” her “Healing Hearts” logo (pictured below), and appeared on television and took part in fundraisers and other events to bring a personal face to ovarian cancer. Her Facebook posts were widely read by friends and strangers across the country, who have been touched by her open, honest, and sometimes humorous, accounts of living with cancer.

Hallie lived with a fun-loving, courageous luminescence that brought good will to her life, family, friends, and the good of others.

When caught early, about 94 percent of patients live longer than five years, according to The American Cancer Society. But in many cases, ovarian cancer isn’t diagnosed until later. Dr. Nikki Neubauer, a gynecological oncologist at Advocate Good Samaritan Hospital in Downers Grove, Ill. says women should be aware of these common warning signs:

“I tell women I am concerned when they have symptoms that are new and persistent and don’t resolve with normal treatment options,” says Dr. Neubauer. “For example, when a woman goes to see her doctor about urinary urgency, they may give her antibiotics. If the urgency does not resolve itself with antibiotics, further investigation is required. In the end, women know their bodies best, so if you notice any of the above symptoms, you should bring them up with your physician.” Read more.

Ron Smith was an ardent supporter of Suttons Bay High School and its athletic teams. He and his wife Marie did not miss a game and they could still be found at the football field on Friday nights long after their sons’ graduations. He was also a beloved community member, quick to greet everyone with a smile, and was always willing to talk Norsemen sports regardless of wins and losses.

With this scholarship, Ron's memory lives on through Suttons Bay High School graduates as they pursue success at the next level.