The Jeanne Snow Endowment is a Community Fund that supports charitable organizations, programs, and services in the region. 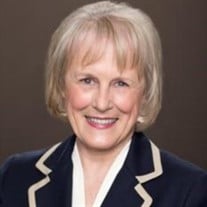 Jeanne served as the Community Foundation Executive Director from 1997 – 2010. Jeanne was a dedicated leader, committed to serving our community, and a dear friend to many. During her tenure, the Foundation grew to $38M in assets, we built our Youth Advisory Council program, and she worked with Cleo Purdy to create the giving plan that resulted in the Cleo M. Purdy Endowment,the largest single gift received at the time.

At the time of her retirement, Jeanne created the initial plan for fundraising for what is now known as the Focus Fund Endowment, recognizing the value of community funds as the best way to ensure our region has the funding it needs where and when it is needed most, now and forever. Grants from the Jeanne Snow Endowment will be awarded annually as part of our Focus Fund Endowment grant process.

In his 24 years of life, John expressed his passion for the outdoors and beauty of Benzie County.

The endowment in his memory was established in 1993, allowing his spirit to live on through grants supporting environmental education in Benzie County communities and preserving his passion for generations to come.